In another press cycle, Blonde would be the most controversial movie of the year. It took decades for Andrew Dominik to get his brutally graphic fictionalized version of Marilyn Monroe’s life off the ground, and several years after that to actually get it on screen. It’s all worth it to Joyce Carol Oates, author of the novel Blonde (and many outrageous tweets), who calls the film “a work of art.” “Andrew Dominik is a very idiosyncratic director, so he appropriated the subject and made it into his own vision,” she says in a new interview with The New Yorker.

Oates mentions multiple times that she “didn’t have anything to do with” the making of the film, although “once in a while, Andrew would get in contact with” her. By the time she was given an “almost-final cut,” she says, “I had to stop watching about midway through. The film is emotionally exhausting.”

“It’s almost three hours long. I had to stop watching it, go away for a couple of hours, and come back. It’s demanding of the viewer,” she admits of the Ana de Armas–starring vehicle. “The last quarter is very hallucinatory. Marilyn Monroe is addicted to barbiturates, and she’s suicidal; she’s losing her mind. She descends into a surreal world, one that is astonishingly vivid, and you almost feel that you’re losing your mind. I remember a certain immersion: it’s not a movie that you’re watching so much as being immersed in. Not for the faint of heart.”

That being said, Oates argues that Blondewhich vividly depicts miscarriages, abortions, and sexual assaults, is “probably closer to what she actually experienced” than other films about Marilyn Monroe; “The last few days of her life were brutal,” Oates asserts. Asked about the film’s controversial NC-17 rating, the writer didn’t “have any particular feelings,” but claims, “The real things that happened to Marilyn Monroe are much worse than anything in the movie.” Monroe isn’t here to dispute that account, but the novelist’s and filmmaker’s decisions to portray her life as unending misery will live forever. 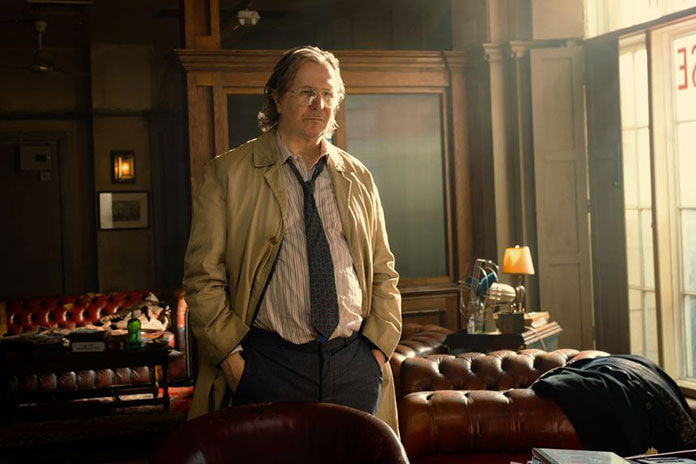