Nothing will top “Top Gun: Maverick” this summer in its profound ability to please a rabid fanbase, but second place now has a strong contender with “Beavis and Butt-Head Do the Universe.” Arriving on Paramount + more than 25 years after the iconic teen morons got their first feature-length production (pause and reflect on how very old you are; now consider that “Do America” made a staggering $ 63 million at the box office), the film likely won’t create throngs of new devotees, but even casual fans will adore it. The film delivers on its promise – it is indeed a Beavis and Butt-Head film, though it does not quite “do” the entire “universe” – in a way that’s both

Picking up soon after the events of “Do America,” director / writer / producer / creator / voice Mike Judge plops his lackadaisical creations right back in Highland, Texas, where pretty much nothing has changed for the pair, despite them being deemed honorary ATF agents by then-President Bill Clinton at the conclusion of the first film (again, truly a different time). Also blessedly unchanged is the animation’s crude 2D style; the film looks like it could have aired on MTV three decades ago, and that’s a compliment. Wholly unmoved by the twists their lives have taken, Beavis and Butt-Head return to Highland High School in search of their own true dream: “scoring” with whoever might have them.

Of course, no one wants them and so they pass their time with the usual gags, which eventually lead to igniting Highland’s science fair, blowing up the gym, and facing what seem like actual criminal consequences. But, since this portion of the film is set in 1998 (literally a different time!), they’re gifted with a kindhearted judge sufficiently softened by “Touched by an Angel” episodes to send the pair to space camp instead of juvy or jail. Eight weeks at space camp will surely unlock untapped depths (hehehehe, “tapped”) in these at-risk youth, setting them on a fresh course for, if not success, at least not abject failure.

Instead, Beavis and Butt-Head become obscenely, if understandably enamored with a massive (hehehehe, “ass”) piece of machinery that, yes, OK, definitely looks like a giant dong. After spending hours upon hours initiating a docking sequence that actual astronauts struggle to complete, mission leader Serena Ryan (voiced by Andrea Savage) stumbles upon a hilariously bad idea: They’ll take Beavis and Butt-Head in space to “do it” for real. Of course, Beavis and Butt-Head misinterpret the “doing” and “it” that Serena proposes and opt in for the gig, convinced they’re being shot into the ether to have sex in space with the pretty astronaut.

Yes, it is indeed a Beavis and Butt-Head movie. Protracted set-up aside, the pair blast off, immediately fuck up the mission, are left for dead by scheming Serena, and eventually find their way into a black hole (hehehehe, “hole”) that spits them onto a Galveston, Texas beach in present-day 2022. And while the film’s title promises a universe-spanning adventure, the vast majority of it takes place in good ol ‘Texas, with a twist: Beavis and Butt-Head are intermittently visited by other versions of themselves (smarter beings, marginally). Indeed, “Beavis and Butt-Head Do the Universe” is yet another multiverse movie, and while Judge does not fully embrace the possibilities, he certainly leaves the door open for more high-jinks.

Back on Earth, Beavis and Butt-Head struggle to acclimate to a new world with mixed results. Smart phones baffle and delight – a tiny TV that can also pay for things? sold! – and lead Beavis to form an awkwardly sweet relationship with Siri (who he mistakes for Serena; he can only be Beavis, really). As they meander through Texas with the vague idea of ​​going home, they’re pursued by Serena (now the state’s governor), her lap-dog lieutenant, various government operatives convinced the planet has been invaded by aliens, and even Smart Beavis and Smart Butt-Head. Twists, turns, and wild misunderstandings proliferate, Beavis and Butt-Head continue to wholly reject any semblance of personal responsibility, and they continue to thrive.

Judge retain his razor-sharp ability to take on both sides of any Beavis and Butt-Head debate; but given the fertile ground of life in 2022, it’s not deployed as often as one might expect. While the pair became entangled in everything from a prison riot to Serena’s dim-witted political campaigning, Judge’s script really only goes full-out on a segment that sees Beavis and Butt-Head becoming aware of their white privilege, which they immediately deploy for all the wrong reasons (the pair rampaging through a college’s cafeteria, gleefully screaming about how they have power and do not need to worry about the cops, is already an all-timer).

“Beavis and Butt-Head Do the Universe” does not fully capitalize on a wealth of possible plots, send-ups, and diversions, but it makes a case for the dynamically dumb duo to return for still more inane wackiness (hehehehe, “ wack ”). Certain things do not go out of fashion, and that includes dim BFFs with a panache for finding themselves at the nexus of crucial events in human history. We’ve missed you two, come back soon.

“Beavis and Butt-Head Do the Universe” starts streaming on Paramount + on Thursday, June 23. 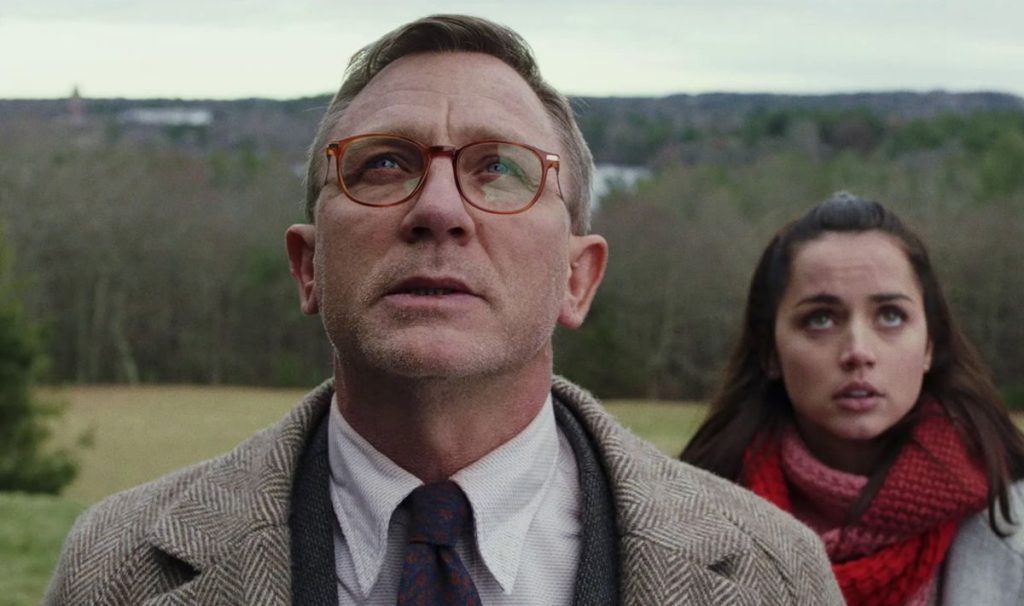 ‘Knives Out 2’ to Premiere at Toronto Film Festival