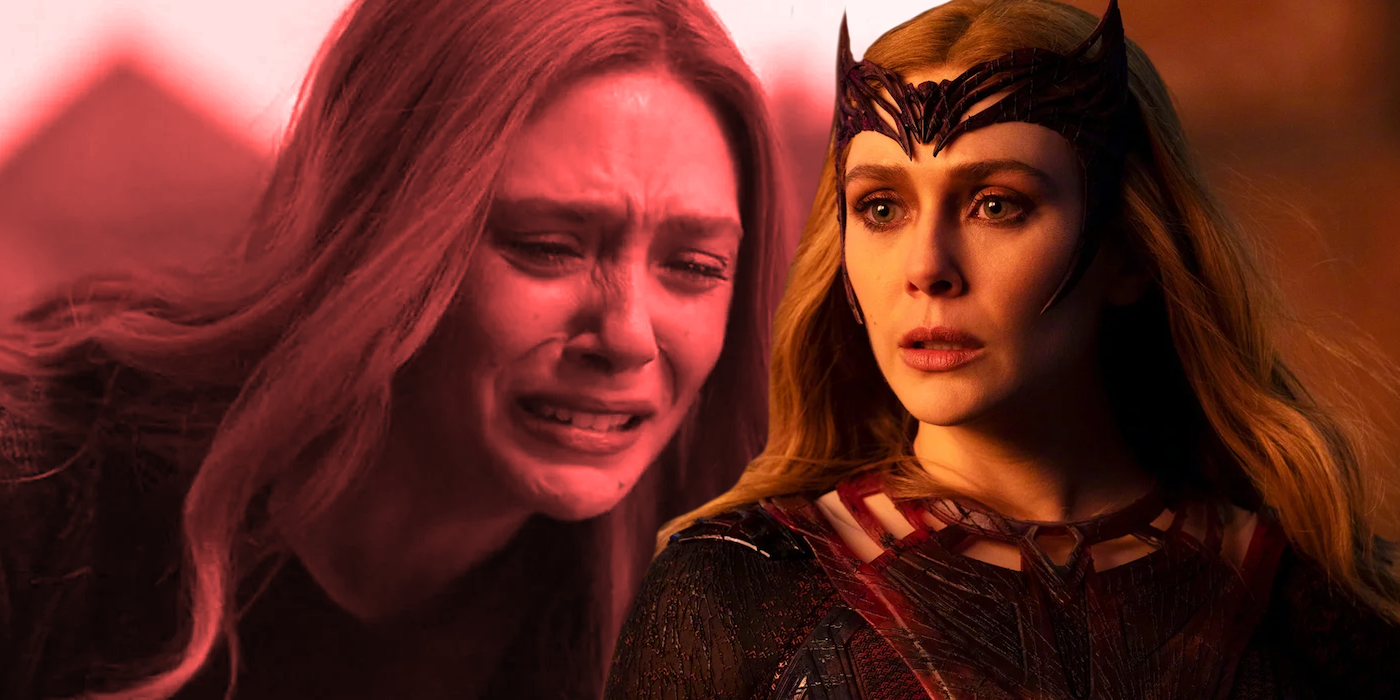 Warning: Spoilers for Doctor Strange in the Multiverse of Madness.

Scarlet Witch was revealed to be the villain of Doctor Strange in the Multiverse of Madness fairly early on, but whether or not she can be redeemed in the MCU is another matter. Wanda Maximoff, like her Marvel Comics counterpart, debuted as a villainous (but ultimately misguided) character in the MCU, wreaking havoc on the Avengers on behalf of Hydra and later Ultron in Avengers: Age of Ultron before redeeming herself and joining their ranks by the end. Wanda’s turn to villainy in Doctor Strange 2 did not come out of nowhere, however, as it was teased by her characterization in the Disney + series WandaVisionwhich eased her into her sinister new role in her grief for Vision’s death in Avengers: Infinity War. As the Scarlet Witch (a much more sinister title in the MCU than in Marvel’s comics), Wanda killed numerous heroic characters, but this does not make redemption impossible.

Although Wanda Maximoff is the protagonist of WandaVision, the series works as her villain origin story. The death of Vision and thus the absence of a happy and relatively normal life after Thanos’ defeat (similar to Steve Rogers and Peggy Carter) is gone, and Wanda unleashes her Chaos Magic abilities in her grief. Wanda’s motivation is heartbreaking, but her actions are reprehensible, as she hijacks the free will of an entire town of innocent people, however unintentionally, trapping them in a nightmarish form of mind control so that her fantasy of a sitcom-like life with Vision could become a reality. Although Wanda ultimately frees the people of Westview from her control, she still attains the sinister title of Scarlet Witch and the series ends with her ominously studying the Darkhold, a cursed book of dark magic.

Related: Doctor Strange in the Multiverse of Madness Ending Explained (In Detail)

Scarlet Witch is undeniably the villain in Doctor Strange in the Multiverse of Madness‘cast of characters, but the MCU, like its Marvel Comics source material, is rarely so black-and-white when it comes to its characters. The heroes and villains of the MCU are complex and, without their outlandish powers and technology, naturalistic characters. The circumstances of Scarlet Witch’s turn to villainy allow for an eventual redemption, plus the MCU has had similar redemption arcs for other villainous characters. In a meta sense, Elizabeth Olsen’s performances as Wanda Maximoff are well-received enough (including by Olsen herself) to warrant further appearances in the MCU, though Wanda’s actions in Doctor Strange 2 will forever haunt her if she appears again.

Although Wanda Maximoff collaborated with both Hydra and Ultron in her Age of Ultron debut, she did not directly commit any reprehensible acts. When attacking the Avengers, Wanda made most of the heroes hallucinate, but this ultimately amounted to temporary incapacitation. In the third act, she used her powers to help save Sokovian citizens from Ultron’s impending attack. Wanda’s truly villainous actions began in WandaVision, where she truly mind-controlled a town full of innocent people, which many of them described as a torturous experience. Although Monica Rambeau praises Wanda for setting them free at the end of the series, these words may have been chosen carefully to avoid agitating Wanda. Freeing the people of Westview was not a selfless act since controlling their minds in the first place was reprehensible, though it should be noted that Wanda at first had not realized she’d done it.

Wanda’s villainy as the Scarlet Witch in Doctor Strange 2 are unambiguous, as she kills numerous Masters of the Mystic Arts, controls the body of her alternate universe counterpart, and uses it to brutally murder almost every member of Earth-838’s Illuminati in Doctor Strange 2who were selfless heroes. WandaVision started Wanda on the path to villainy, and even though she did the right thing at the end of the Disney + series, she was still vulnerable to the corrupting powers of the Darkhold. In her pursuit of a life where she could see her children, no act was too unscrupulous for Scarlet Witch, ultimately robbing her of her ultimate desire, as her villainous actions terrified Billy and Tommy.

Doctor Strange 2 Already Teased That Scarlet Witch Can Be Redeemed

Earth-838’s version of Professor X in Doctor Strange 2 quotes his 20th Century Fox X-Men film series counterpart in Doctor Strange 2telling Stephen Strange that “Just because someone stumbles and loses their way does not mean they are lost forever. ” This quote can just as easily apply to Scarlet Witch, however, as her actions, as reprehensible as they are, were motivated by grief over the loss of Vision and her desire to have her family back. Wanda is not a truly evil person, despite her actions, and the corrupting powers of the Darkhold, which turned another universe’s Doctor Strange into “Sinister Strange” (who kills happier variants of himself out of spite), similarly exacerbate her misguided actions. This is comparable to the Hydra brainwashing that turned the kind-hearted Bucky Barnes into the Winter Soldier and Nebula’s abusive upbringing resulting in her loyalty to Thanos. Bucky and Nebula were redeemed, so Wanda’s redemption is not impossible.

There’s an even more relevant comparison for Wanda, however: Loki. Like the Scarlet Witch, Loki, as the God of Mischief, is a creature whose nature is chaos. He completely destroyed New York City in the first Avengers movie, but Marvel later confirmed that he had been under the influence of the Mind Stone at the time. Even more significantly, the Loki series later revealed that Loki’s actions as a villain and a wild card had been controlled by the Time Variance Authority – really He Who Remains – all along. Wanda’s actions in Doctor Strange in the Multiverse of Madness happened after He Who Remains’ powers and tight control of the Sacred Timeline had ended, but she still wasn’t acting completely out of free will as the Darkhold was influencing her. Just as she did at the end of WandaVision, once she woke up and realized the extent of the harm she was causing, she immediately tried to reverse her actions and save those around her. If Loki can be redeemed in the MCU – and in two different timelines no less – than surely, Scarlet Witch can, too.

Elizabeth Olsen Wants To Return To The MCU

Scarlet Witch’s actress, Elizabeth Olsen, understandably wants to return to her MCU role, and while this could be achieved by having her play a more heroic Wanda variant in a future MCU property, it’s not certain if the Earth-616 version of Scarlet Witch is dead after Doctor Strange 2. In genre fiction, particularly the MCU and similar comic adaptations, a death in which a character is not explicitly shown perishing often allows for a surprise return in a later story. Scarlet Witch seemingly sacrifices herself at the end of Doctor Strange in the Multiverse of Madnessbut there is a possibility that she’ll come back in the mainstream MCU timeline, where the consequences of her time as the Scarlet Witch will continue to haunt her.

Scarlet Witch Cannot Be A Villain Again If She Returns

Wanda’s villainous behavior was handled well in WandaVision spirit Doctor Strange 2, but if she returns to the MCU in a future property, she cannot be a villain again. Not only has Wanda paid for her crimes in both properties, but she’s no longer corrupted by the Darkhold. If Wanda returns, she’ll understandably be treated like a monster and she’ll be forever wracked with guilt for her actions. Wanda is just a person when all is said and done, however, and if Bucky’s guilt and trauma can be remedied by therapy, that may be the best way for Wanda to be redeemed, whether in Doctor Strange 3‘s story or elsewhere, following her actions in Doctor Strange in the Multiverse of Madness.

David Miller is a staff writer for Screen Rant, indie comic writer, and life-long lover of all things Star Wars, Marvel, and DC. He was born and raised in New York and has a degree in English from Rider University. He relates to Peter Parker maybe a little too much. 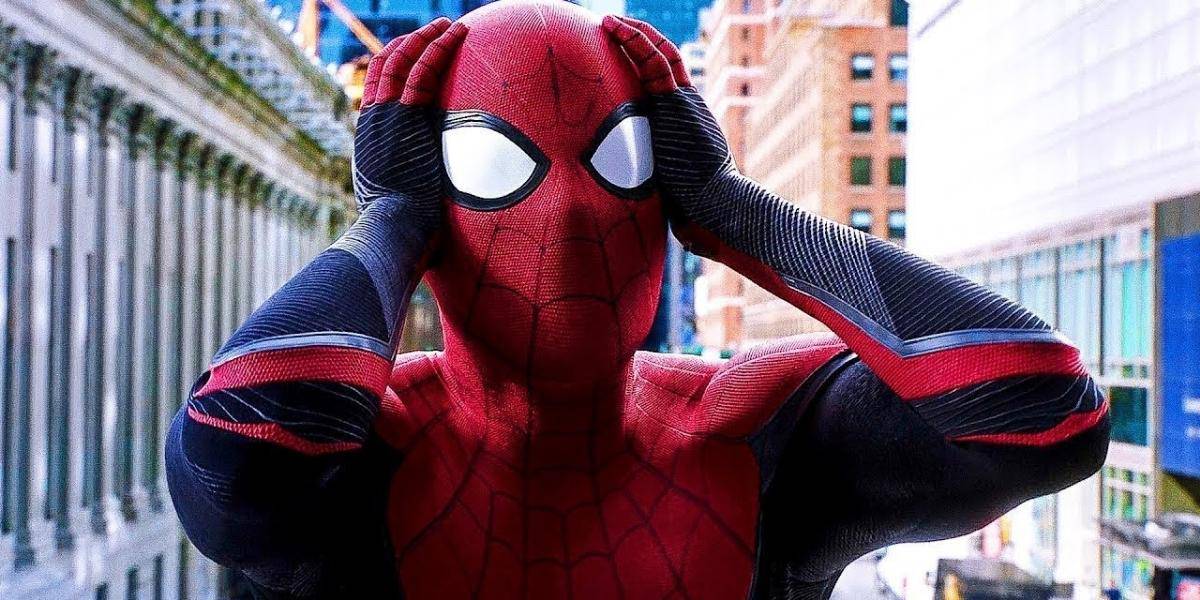 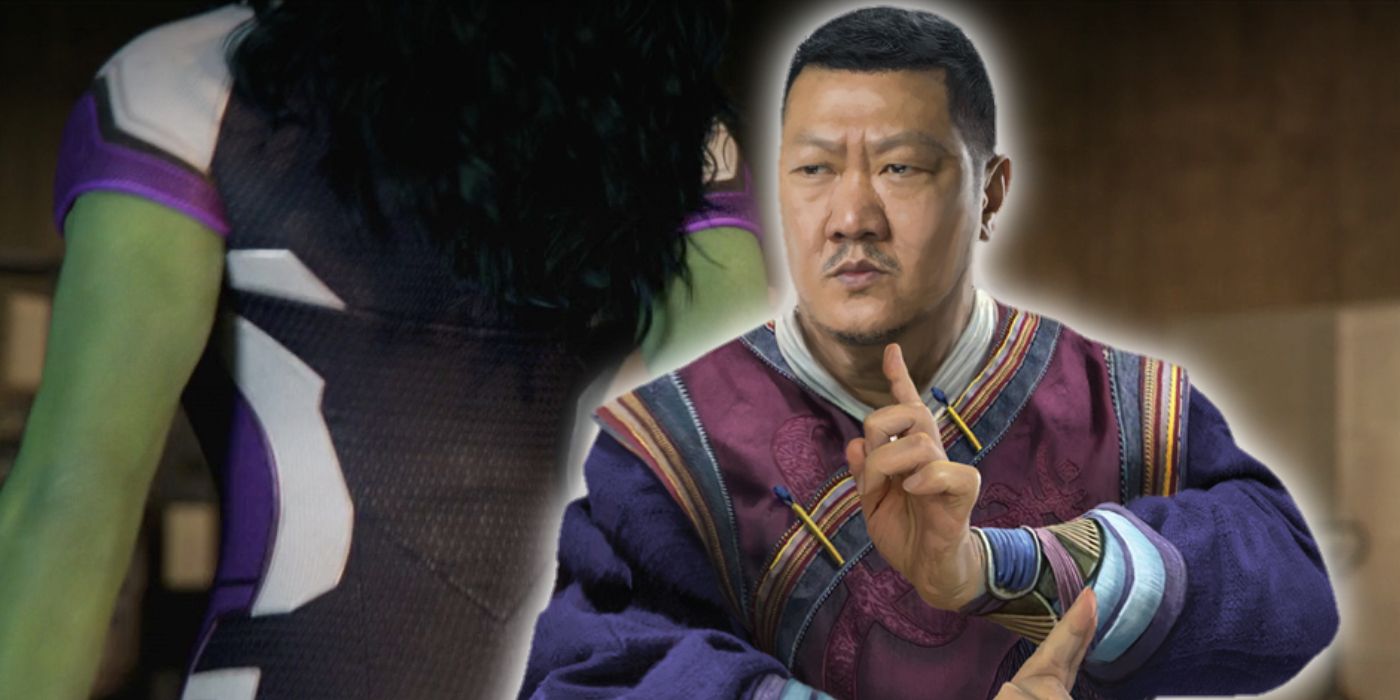 Wong May Be the Key to The Hulk’s Healed Arm